When a new company decides to start engaging in Social media, it can be difficult to understand the difference between a Facebook status update and a tweet. One question we hear a lot is how do I strike a balance between getting my message out and annoying people? If you overexpose yourself on Twitter and Facebook people will hide from you and you will never know it. The first thing to remember when starting out in social media is that Facebook and Twitter are not the same. On Twitter your Tweets are flowing into a massive river of communication, while on Facebook you are sending them down narrow pipes.

The Facebook news feed has been designed to allow for people to come online once or twice a day and check out whatâ€™s new. Because of this format posting to Facebook once or twice a day is enough for most companies and will prevent you from over exposing your followers. This is the opposite for Twitter, which encourages frequent updates and interaction. Have you ever been overwhelmed by a certain friend on Facebook by the sheer number of links they were posting? Chances are they probably didnâ€™t even know they were doing it, and likely had their accounts set on autopilot.

The solution is simple; use each network as it was intended! If you have an update, send it to Facebook, and write a tweet about it. Did you find some great industry news or something you think your followers would enjoy? Tweet about it, and it if is a really big deal post it to Facebook. The key here though is to avoid using autopilot where you are syndicating the exact same content to both, especially considering many of your followers will be following you on both networks.

This is an excerpt from Adam Ayers. 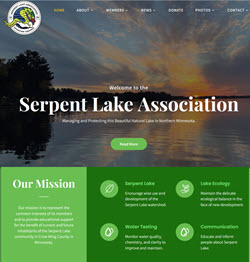